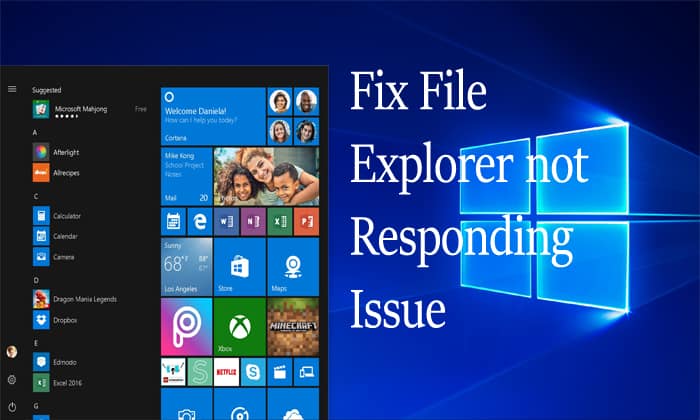 Windows Explorer is an in-built file manager application that was first introduced in Windows 95 by Microsoft. It was created to make the navigation of files or folders a cinch task. Its graphical user interface lets users manage the drive, folders, and files effortlessly.

File Explorer is responsible for managing the various task of the operating system such as the taskbar, desktop, other components. For safe computing, File explorer must work smoothly, however, many users encounter file explorer not responding issue, which is a rare thing but when it occurs troubles the whole system. Hence, here we have compiled the best ways to solve Windows 10 file explorer not working issue.

The easiest way to shot file explorer not responding to Windows 10 issue, is to restart the file explorer using the task manager. You can perform this task by following the underneath steps;

Older versions of Windows can lead to this issue; however, you need to check if you are using the latest version of Windows 10, it is highly suggested to use the updated version of Windows. A new version has a feature that can automatically resolve the issues even the file explorer is not responding.  Also, you can get help in Windows 10 from the official website.

All of the above-given methods can resolve the file explorer not responding issue. If one fails you can try another one, you will defiantly get the solution and will be able to use the computer without error.